A few days ago I decided to start a new open source project, as described in a previous post. Between many options of services to manage open source projects available on the web, I decided for a particular one, managed by Sun Microsystems, called Project Kenai. What about SourceForge, Java.net or Google Code? Yes, all of them are great too, but why not try out Kenai first and see what is gonna happen? I took the risk.

For now, to open a project in Kenai you will need an invitation from somebody that already has a project there. With this invitation you are able to create or donate until 5 open source projects. Donate means that if a friend of yours wants to move an open source project you can invite him/her to join, donating one of your project slots. Since Kenai is still in beta, maybe this model will change later, but I think it contributes to get more involvement from existent open source projects, before you convince a project leader to send an invitation to you. On the other hand, it might not work as expected and Kenai won’t have so many projects like others. Let’s see.

The most exciting idea about Kenai is that it gives you a great visibility since the beginning of your project. Just after creating the project it appeared in Recent Projects in the home page as shown in the figure below when you see “Meanings4Fusion”.

The project is also very well positioned in the internal section Projects, where it appears with the full size logo and the complete description.

I created a new topic in the project forum, called “What is the fastest way to communicate through a TCP/IP network”, and for my surprise, it also appeared in the homepage, which attracted more people to participate in the discussion. 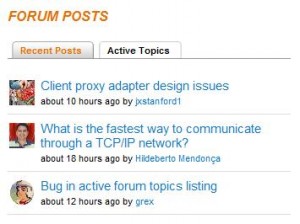 Even the cloud of tags immediately showed up with a new tag that had been included in my project, such as “multimodality” in the figure below. 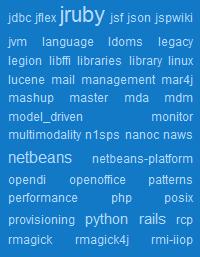 The logic is simple: your participation implies in more visibility for you and your project, more collaboration from the community and an increasing probability to succeed.

Project Kenai is still in beta and many features are missing right now. However, what we need to start off an open source project is already available, like version control system, forum, mailing list, bug tracking and wiki.

To get more information about our project visit:
http://kenai.com/projects/meanings4fusion
Get involved by clicking on Watch This Project.