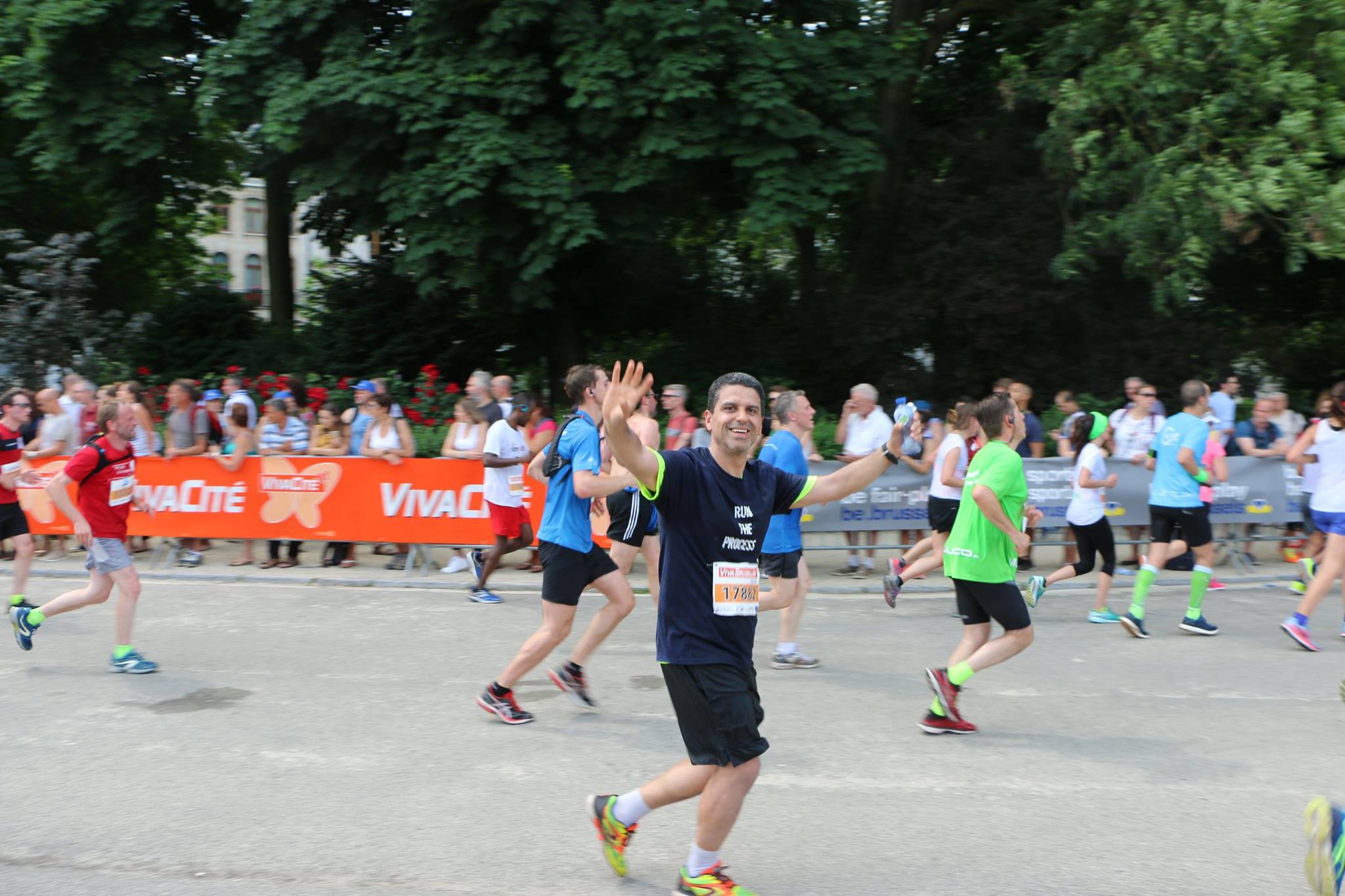 Running as a workout is great, but it gets boring after a while. When my goal of losing weight was reached, there was a vacuum of purpose that needed to be filled. That’s where races come into play. That’s a sport that literally anybody can compete, anywhere, any age, and practically in any physical condition.

Running is one of the most popular sports, if not the one. It is cheap, has no bureaucracy, and millions of years of evolution have shown that we are all born to run. Races are organized all over the world in a daily basis and most of them have over a thousand participants. I was anxious to start racing, so when I got rid of my injures, I decided to sign up for The 20K of Brussels, the most popular race in Belgium, with a field of over 40K runners. It is such a big event that the start was given by Prime Minister Charles Michel along with other personalities, triggering runners from 129 nationalities in a hot an humid weather. My daughter asked me how much they were paying me to run such a long distance. I told her that I was actually paying to do that. She retreated in disbelief, for our amusement.

40K runners don’t start at once. They are organized in waves, which are groups with similar pace. Waves go out from faster to slower runners. Most of my running group buddies were in the same wave. That day I learned that, as much as I wanted to run with them, each one had their own race pace. Some were faster, other slower, and just a few with similar pace. One of them was my former boss, who ran with me the first 15 km. Then I felt confident to move faster and left him behind to chase the finish line.

The finish line in such large event is as complex as the start. My family greeted me a few hundred meters before, since the finishing area was inaccessible for spectators. They looked more excited than me, but they had to wait until I got the chance to take my finisher medal, eat my banana, drink some water, and get some more treats. I was happy they were there to see this moment, like I was planting a seed that would germinate at some point and grow the running spirit into their minds and bodies. With hope, we would share the same experience in the future.

For an amateur like me, racing is competing with myself, beating my own times. I have no ambition of chasing elite runners because in long distance races, it’s not who is the fastest but who slows down the least. We are constantly surrounded by other runners, but it is pointless to take them as a reference point. Some are older or heavier but faster, while others look stronger but drained. Even who started later can finish sooner and vice versa. So, it is more about enjoying the experience, the struggle, the reward, together.