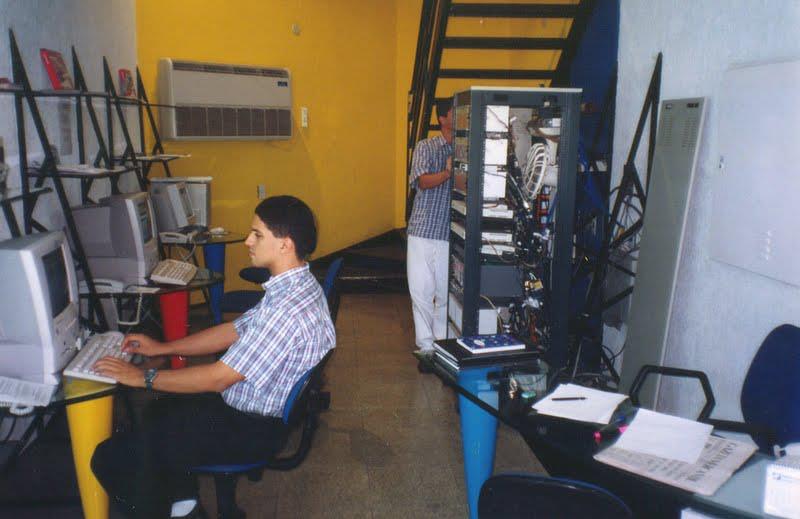 My very first job was in an Internet Service Provider. I was a technical support co-op solving connectivity issues in a time connectivity was an issue that didn’t solve by itself. My boss was known by his incredible talent to concentrate in multiple things at the same time. He challenged every theory about focus and could talk to you while listening to a sales representative, answering emails and thinking about the weekend. He was and I think he still is multi-threaded. When practising sports, instead of picking running or swimming or biking, he went for triathlon, iron-man, ultra-man, you name it. I can only admire him because I personally have a single focus ability and leave multi-threading for computers. Coincidence or not, my focus today is multi-threading in Go.

In my previous post, I applied the Strategy Pattern to get stock prices from different sources in Go. The code was designed to visit one stock exchange service at a time, but depending on the number of services to connect to, the response time could increase linearly, even with the trick to search stocks in bulks.

Looking closely, no record is processed by more than one exchange. So, the data is certainly sharded by exchange. It means they can be processed in parallel without the risk of concurrent access that may lead to race conditions. On the other hand, we have to find a way that processes wait for one another until the stocks are filled with prices, and then return to the caller.

With these non-functional requirements in mind, what is the impact of this design change on the code? Surprisingly minimal. Since we adhered to the strategy pattern contract, the strategies are kept unchanged and we only need to adapt the caller, which is the function searchStocks(). Let’s take a look at the original implementation:

The following optimized implementation preserves the existing code and adds a few more lines related to the way Go implements multithreading - known as Goroutines. The function signature is preserved and only the body changes. It means there is no impact outside of its scope.

The function starts creating a channel, which is a way to collect and share data among goroutines. In this case, the channel collects eventual errors to be handled later. In the sequence, it creates a WaitGroup, one of Go’s synchronisation primitives, that waits for a collection of goroutines to finish. In the loop, we launch a goroutine for each exchange strategy (go func()), fetching prices in parallel. After the loop, wg.Wait() waits for all goroutines to finish before continuing.

In theory, working on one thing at a time isn’t always the fastest way to finish a task, but we need to demonstrate goroutines will actually make a difference. Fortunately, we don’t have to look elsewhere because Go offers benchmarking out of the box. It is part of the Go testing package. To make a fair comparison, we are going to make a few changes:

Now we are ready to write the benchmarking functions, one for each of the above functions:

Benchmark is part of testing so it is placed and written like such. To create a benchmark, we prefix a function with Benchmark and put it in a _test.go file. The difference from a test is that each function runs several times. The value of b.N increases at every call until the runner is satisfied with the stability of the benchmark. Assuming that our main package is in the file pricing.go and the test file pricing_test.go is right beside it, we can execute the benchmark this way:

The . matches all benchmarks in the main (trade) package. The result of the execution looks like this:

It starts showing the operating system (goos: linux), the processor architecture (goarch: amd64), and the main package name (pkg: trade), giving some context about where the benchmark was executed. Then it lists all the executed benchmarks where each line shows the executed benchmark (BenchmarkGetPricesInParallel), the number of CPUs involved (8), the number of times it was executed (390738), and how long it took in nanoseconds (2883 ns).

The results look blazingly fast because there is nothing in the search() methods. But the impact of adding goroutines to the code is noticiable, with a difference of 2276 nanoseconds (or 0.002 miliseconds). That’s the price we have to pay to run the searches in parallel. If there isn’t much to do then this price might be expensive (up to 4.7 times more expensive), but what happens if each search method takes 1 ms to run? We added time.Sleep(time.Millisecond) in there and look at what we get:

The GetPricesInParallel is now almost 3x faster, which is the expected result, since the three search() methods are running at the same time. So, we don’t have to do much to start enjoying the benefits of goroutines. They are so low cost that a single cpu can do a decent job too:

A full implementation of the benchmarked code is available in my Blog Examples Repo.

In addition to presenting Goroutines, I also wanted to show that it was a delightful experience to maintain a code designed with patterns. Donald E. Knuth once said that “premature optization is the root of all evil” because it may lead to abuse, with a strong negative impact on debugging and maintenance. So, considering optimization in a second moment has shown how little we changed to achieve a better result.