I was a Ph.D candidate in 2009, in the Electrical Engineering department, at Université catholique de Louvain. A coleague of mine, Russian, told me about this conference in Saint Petersburg and asked me if I wanted to submit a paper. I agreed, we wrote it together and it got accepted. Since she was in Moscow at the time, I thought she would present the paper, but our lab had a policy that they could only pay for trips from Belgium to Russia, not from Russia to Russia. So, I had to go.

The first step was to get a Visa. To my surprise, I needed an invitation from someone in Russia to be able to apply. Fortunately, the conference itself was the invitee. I went to the Russian consulate in Brussels, with all required documents, and my feeling was like getting into a secret service office to be interrogated. When it was my turn, the two-story security guy at the entrance pointed at me and commanded to hurry up inside. Short line, straight people, the process was actually fast. Perhaps because of my Brazilian passport, a friendly country that welcomes Russians for decades. In other words, a weak country afraid of any armed conflict. Some may say that if a world power invades Brazil, they would accept the new regime right away without fight, and wait for the carnival to reach peace.

It was a cheap flight, with connection in Frankfurt, Germany. I arrived in Saint Petersburg late afternoon, unaware of a big celebration that was taking place in the city: The Scarlet Sails during the White Nights Festival. The taxi driver had a hard time to drop me at the hotel because the streets were full of people and traffic jams, but nothing that distracted my attention from spectacular fireworks in the horizon. I finally arrived at the hotel and was eager to walk around, see the festivities, but for my astonishment, the receptionist confiscated my passport for inspection. They gave me a paper and asked me to pass by in the morning to recover it. I mean, really?! How can you possibly suspect that a Brazilian individual could be of any harm to Russia?! Let me tell you something about Brazilian espionage: the chef of our secret service released in his social networks a document showing he tested negative for COVID-19. Printed in his document was the equivalent of his social security number. The next day, hundreds of loans were taken on his behalf, he was registered as supporter of a soccer team, and even registered in a opposition party. As you can see, if I was a secret agent it would be clearly stamped on my face. Anyway, I was scared, but not in panic yet. Watching the fireworks through the window was somehow relaxing. 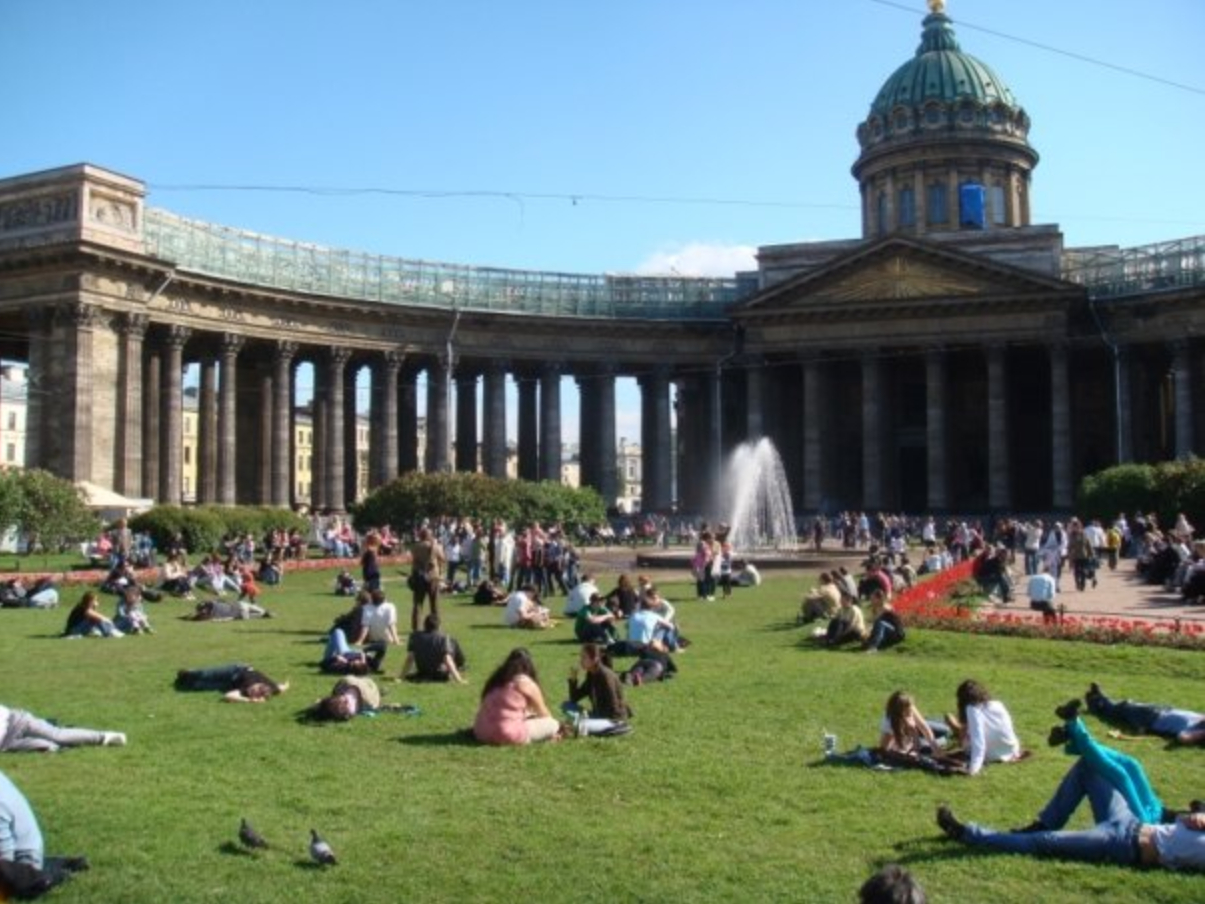 The next morning was a beautiful sunny day, the beginning of the conference. With my passport in hand, I walked all the way to the venue, enjoying a very charming city, full of people, parks, monuments, clean, and enlightened by the sun reflected on serene water channels. The conference was in the vicinities of the great Hermitage Museum, comparable to the Louvre in Paris. After finishing my presentation, I had the chance to visit the museum with fellow researchers and also went in a boat tour through the channels of the city. Everything was magnificent, showing all the progress Russia has achieved over the years, with the introduction of capitalism, after the fall of communism. Today, all that prosperity is in check, shrunken by the ego of a single insane person: Vladimir Putin.

In January 31, 1990, McDonald’s opened its first restaurant in the old Soviet Union. That day, the line of people stretched the length of five soccer fields. More than 30,000 ordinary Soviet citizens waited six hours or more. When they tried their first hamburger and fries, it really was a life-changing moment for them. Today, a huge number of companies are leaving Russia, including McDonald’s, some in protest to the aggression to Ukraine, others disrupted by broken supply chains. Russians learned to do many things from the occident, but its isolation will freeze its innovation. Thousands of highly skilled people already left the country and it will take a while for them to return - if ever - with this hostile government in power. The recovery of Russia to pre-conflict levels is certainly two generations apart.

That conference went well, I presented the paper, made good friends, but I’m afraid this war will put us apart for decades to come. I wish I could visit Saint Petersburg again, but I don’t think it will be possible any time soon due their isolation. Also, I never had the chance to visit Ukraine, but if I had I would be deeply sorry to know that all the places I visited are now destroyed by unprepared or ruthless soldiers. I hope Ukrainians get their territory back, join the European Union, get reconstructed and enjoy prosperity in the long term. 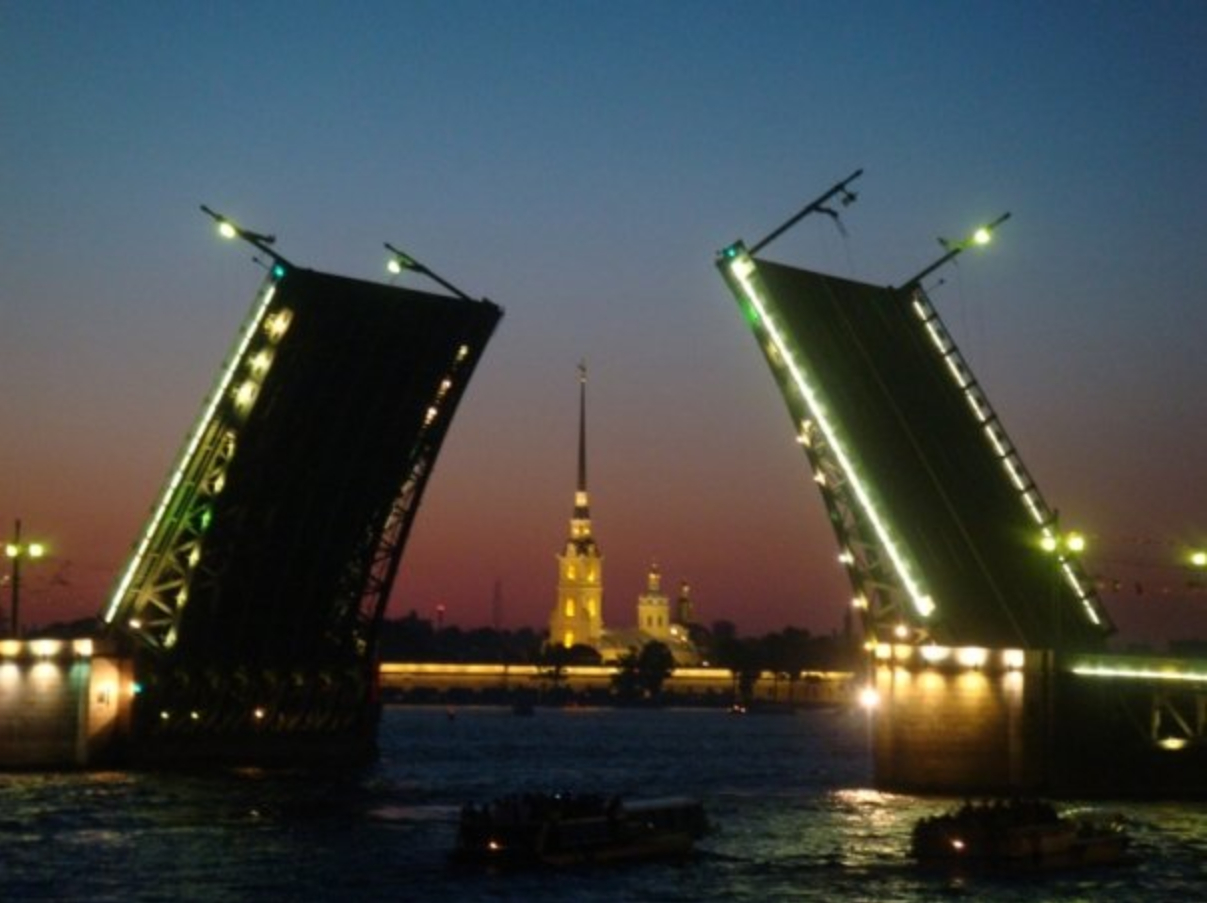