With all those crazy things going on all around the world these days, I believe sharing good news may help to compensate with good vibes all the negativity out there. It’s a good thing to recognize good actions made by people around us.

Having said that, I devote this post to send a big thanks to Frankfurt Airport and to Lufthansa Airlines. I don’t know how these companies are evaluated by their customers in general. Perhaps, we were simply lucky, but what has happened and the way we were treated are worth spreading.

We arrived at Frankfurt Airport in an United Airlines flight coming from the US (I have nothing to say about this company btw :-/). We were three: My wife, my one year old boy and I. The airport is enormous, but it couldn’t be easier to get directions inside. We experienced good accessibility carrying our baby’s stroller, with a negligible delay in comparison to other ways.

Everybody was genuinely gentle, from the immigration to the arrival in Brussels. No silly jokes, no excessive friendly behavior, just fine 🙂 That was the first contact we had with those people, thus they have no reason to exceed kindness, unless they were selling a false image of the company, which they didn’t. We actually felt relaxed dealing with those people. We needed that after a exhausting 8 hours flight from the US.

Our baby arrived at the airport sleeping and stayed like that until Brussels. That’s what I call the smoothest flight connection ever 🙂 The baby spaces are separated from the toilets and they are accessible within a range of 50 meters maximum. The security check has a special track for people with strollers and wheel chairs. We followed the procedure calmly and fast 🙂  All that is so convenient! 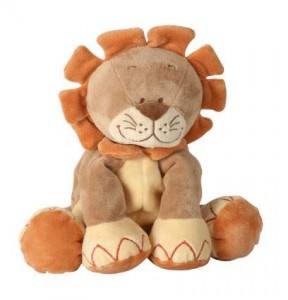 Even things that rarely work were working that day 🙂 We didn’t have our seats marked in the flight to Brussels due to some technical problems during the reservation. We were afraid to have seats far from each other and be forced to negotiate rearrangements within the airplane. Fortunately, the attendant managed to put us together. It never happened before! I may admit we were lucky 😉

It couldn’t be better until the boarding time when our expectations were exceeded! A lot of first and business class people around and the attendant called us to be the first ones to enter in the airplane. She called us out loud using the microphone and explained to other passengers that the baby would require some extra effort during boarding and it would help to gain some time after all. I call it intelligence and good judgment because that’s exactly what I would do in her shoes 🙂

Unfortunately, many airports out there banned such practice, which is the case of Brussels Airport and Washington Dulles, the ones we have been with our baby. Those airports following such stupid rule should give attention to families with babies and people with disabilities because this is not a privilege to a minority, but a necessity. They ignore the fact that it’s tough to travel with a little baby. Thanks to Lufthansa, we arrived very relaxed in Belgium, with a big smile on our faces 🙂.