I’m a Technical Team Leader at Université catholique de Louvain and one of my responsibilities is to analyse pull requests sent by my team mates and all other contributors of OSIS project. Each pull request is analyzed according to some acceptance criteria, which determine if the pull request is accepted right away, accepted after completing requests for changes or refused. This process was taking too long because of excessive requests for changes, revealing too many problems to be fixed before the merges.

To gain some time on pull requests, I’ve decided to invest part of my time training the team to improve the general sense of maintainability, stability and reusability of the code. We’ve started with some pressure to change the established culture by following Robert C. Martin’s Clean Code video series. Uncle Bob, as he’s well known, seems to have radical ideas, but he is quite good at convincing us that he is not that radical at all. This initiative has been very valuable and the quality of recent pull requests has increased substantially.

Training sessions are now a weekly commitment. Nowadays, I’m reinforcing what we have learned during the clean code training, but more focused on the technologies we use. Recently, I’ve brought an interesting problem to be solved in Python using Test-Driven Development (TDD):

We started writing a failing test and then just enough code to pass it. In this loop we ended up writing 7 tests to check the algorithm. Here is what we’ve got:

We arrived together to the following solution:

To run all of it yourself, just put all the code in a file named team_building.py and run the tests using the following command in the same folder of the file:

When we were done with the code we realized we didn’t do a good job in the function partition_teams(). It was written in the imperative style, with more variables and less meaningful controls. It’s difficult to extract another function from it without breaking other programming rules. However, with a 100% test coverage, we could rethink the problem and refactor the code without breaking the algorithm. Look at what we’ve got:

The new partition_teams() function uses list comprehension, a functional programming concept implemented in Python and many other languages nowadays. We’ve initially thought about nesting maps, filters and reduces, but it seemed to be heading towards complexity. List comprehension was proposed to address exactly the nested cases of higher order list operations, making the code more expressive. 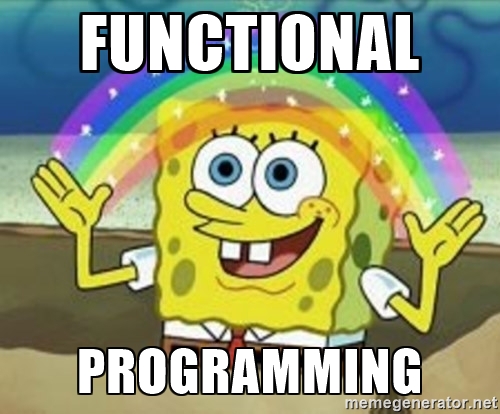 « How a Python Script Can Launch a Clojure Application Bye WordPress. Nice to meet you, Jekyll! »