Some weeks ago, Stephan Janssen announced in the JUG Leaders’ mailing list that he decided to change the name of his conference again. It was definitively a big surprise. At the beginning of this year, Stephan had announced the need to change the name from JavaPolis to Javoxx because Sun Microsystems had claimed for their trademark protection. It means that, no name related with technology should have the term “Java” embedded in it, which is the case of “JavaPolis”.

The community became mad with this change and, of course, they directed their critics to Sun Microsystems. However, they don’t realize one thing: even if they are JavaPolis’ fan, it isn’t fair to blame Sun because they are trying to protect their trademark. It is actually their right and, why not, obligation. You may remember the legal fight Sun had with Microsoft because of Java. It was important because Microsoft tried to add features, very dependent of the Windows platform, in the Java language, directly impacting the Java portability. So, Sun understood that what was defined by Microsoft was not Java as it is, but another language that must have a different name.

Well, the fact is that time passed and people got used to the new name (Javoxx). Stephan started the dissemination in July, the community helped through their blogs and websites, including me and we also started to promote CEJUG’s Techtrip to Antwerp, Belgium. However, Javoxx was not yet a stable name to be adopted. Stephan sent the second conference newsletter announcing the new name of the conference, now Devoxx, and explaining the whole polemic behind it. According to his explanation, the problem was a trademark issue again, but Sun seemed more open, offering a free license agreement for the usage of both JavaPolis and JaVoxx, but Stephan said “no” to their offer and changed the name to Devoxx, definitively.

It’s true that all these changes gave some level of frustration, but when we think more about Stephan’s decision, we can conclude that it was actually a good decision, again. With this new name, Devoxx became more coherent with its content. They have space for other languages, frameworks, methodologies, sometimes not related with Java at all, showing that Devoxx is a developer-oriented conference, attracting people who want to improve their developer skills.

I will be there in December and I’m helping CEJUG to organize a Brazilian group to attend Devoxx this year. 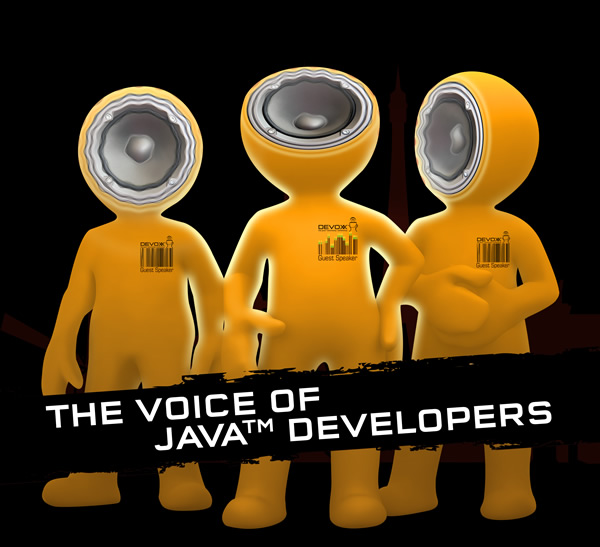