It has been a year since I moved my professional and community development projects from Netbeans to IntelliJ IDEA. Netbeans is still a great IDE and I recommend it over any other open source alternative, but the productivity brought by IntelliJ is so great that the time I’ve saved using this IDE already paid off.

I have IntelliJ installed at home and at the office. It’s the same license but the deal is: you can install it in several computers but use one installation at a time. I use Mac and Ubuntu at home and my experience installing IntelliJ in those platforms was the following:

I’m not really going into step by step here. IntelliJ is pretty easy to install on Mac, but I had a problem with the JDK and I’m going to focus on that now. IntelliJ uses the JDK distributed by Apple by default, which is a JDK 6 implementation. Well, this is not a big deal, since we can install the most recent JDK and configure our projects in the IDE to use it instead. But, for some unexplained reason, I couldn’t configure the IDE to start the application server in a JDK different from the one used by IntelliJ (JDK 6). In the image below, you can see I’ve configured JDK 8 to run WildFly, which requires JDK 7 or superior, but it didn’t work.

So, I had to change the JDK used by the IDE. For that, I:

After this configuration, I could finally make IntelliJ run Wildfly.

The installation on Linux is traditionally more complicated. I wonder why people complain about the low number of Linux desktop users. 🙂 The IntelliJ IDEA download page mentions only two steps:

However, this instructions don’t deliver IntelliJ as delivered in other platforms. People don’t go to the installation folder and execute the file idea.sh. They either create a desktop icon or add the bin directory to the path, but these steps are missing. So, in my understanding, the installation is not completed. To launch IntelliJ from anywhere in the command prompt:

Move the unpacked folder to “/opt/idea”:

Add the following line to the end of the file:

To add the launcher icon on the desktop, there is a soft and a hard way.

Fortunately, IntelliJ can help you once you run it for the first time. In the welcome window, select “Configure”: 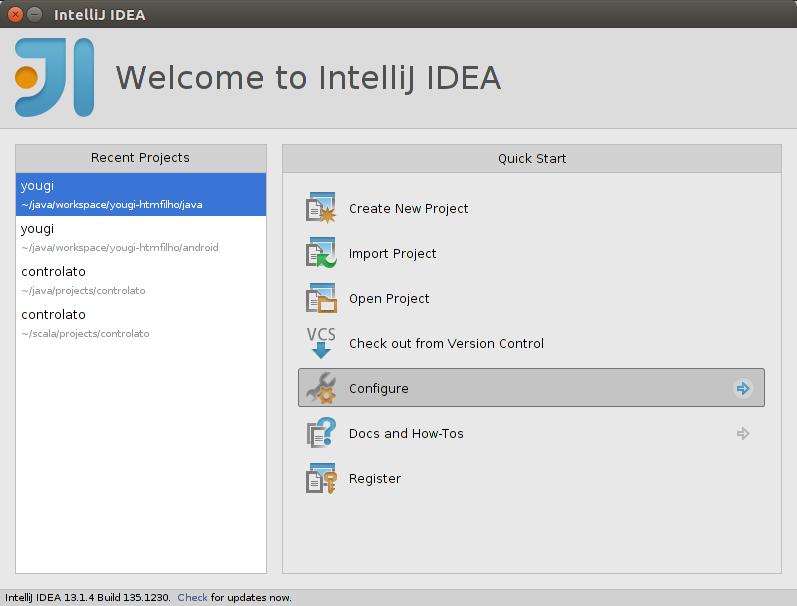 And then select “Create Desktop Entry”. 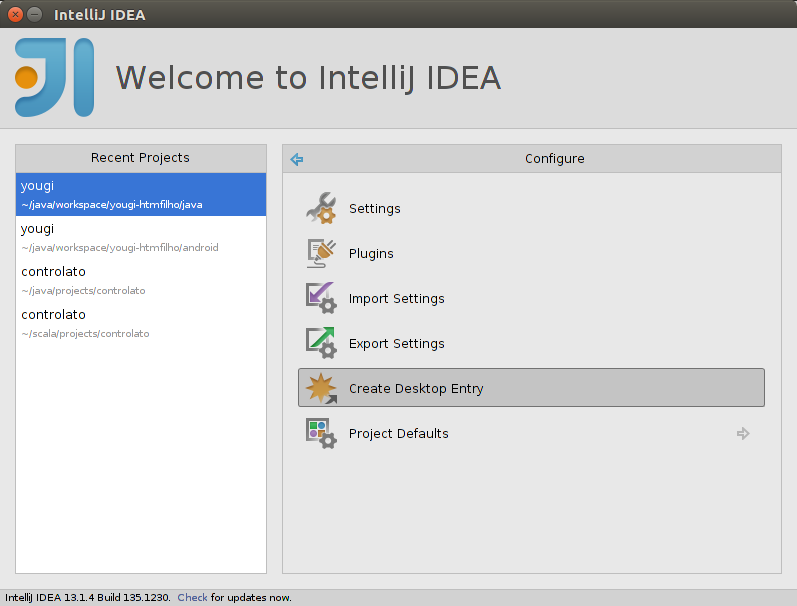 As a good Linux user, you may prefer doing it the hard way, as follows:

At this point, you will finally feel IntelliJ as an application, integrated with the desktop and always ready to be executed.