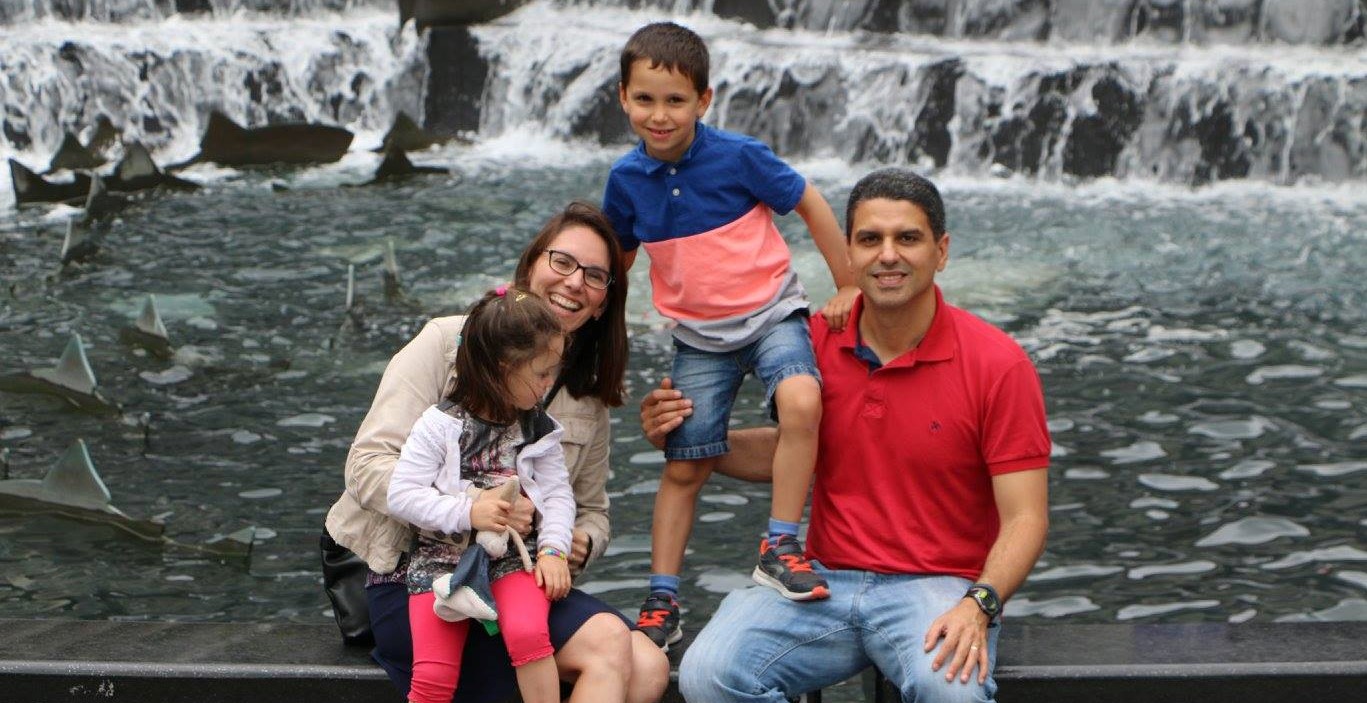 I told my boss I had plans to leave the company some time next spring. I had to convince her to give me a nice recommendation letter as well as keeping me around as long as I needed, even though I had no plans to stay longer. I have been in her shoes before. I knew it was hard to keep around a person who’s mind is somewhere else.

That was the first of many steps to move abroad and try a new life in a country desperate to build up a competitive work force.

Legal Immigrants or No Immigration

The reason I needed that recommendation letter was to complete the application for the Canadian Permanent Residence (PR) via the Express Entry program. We had no guarantee of success. So, all this plan could end up in a very awkward situation. But that seemed to be intentional though. The Canadian working culture requires strong soft skills. It worked like a test to check how good I was with words, how much my employer appreciated my work, and how badly I wanted to move to Canada.

Among many other documents, forms, translations, fees, background checks, diplomas, certificates and signatures, it took a year from the day we decided to move to Canada to the day we received our PRs. It took more 3 months until we put our feet in Canadian soil. What happened during these 3 months was insane.

With the PRs in hands, there was no way back. We had to resign at work, sell the car, sell everything with some value, pack what we could, discard everything else, cancel all contracts including the apartment rent, make arrangements with the bank, plan the move overseas, say goodbye to all friends and so on.

When I wrote my resignation letter and got it signed by my boss, all I had to do was to submit it to the director of human resources to make it effective. I will never forget when the letter passed through the narrow role of the mailbox, where a hand couldn’t fit in. I was living in a very stable job, with a good salary for life, at a walking distance from home, in the heart of one of the best places to live in Belgium. It was strange, but the decision to leave was made with no regrets. I was educated in a family of entrepreneurs and we love taking risks. So, my definition of stable job is the one that keeps me fed with constant challenges. From my perspective, my mission has been accomplished in Belgium.

The next step was to sell the car. The task I thought would be the most challenging one took less than 24 hours to get done. I didn’t know there was such a high demand for that model to the point of having two buyers at the same time in my front door. The money we made was good but our logistics got completely disorganized. Everything had to be done by walking or with the help of friends and neighbors, for whom we are eternally grateful. Getting rid of the car was also a good thing. We got more contact with nature, we built the habit of walking to school, to shopping and to work, and we got the entire family fit.

With no car, selling stuff with some value was epic. We realized too late that the bigger is your home the more stuff you buy to fill in all empty spaces. We got things we used too much, some with no use at all and others we bought twice because we didn’t know we already had them. We sold a lot of stuff in the neighborhood flea market at super affordable prices, but sales were much more effective through internet, where we could sell larger things at a better price. Every buyer had to pass by to pickup their items, and we ended up meeting very different people. We got enough money to pay for all four one-way tickets to Canada. 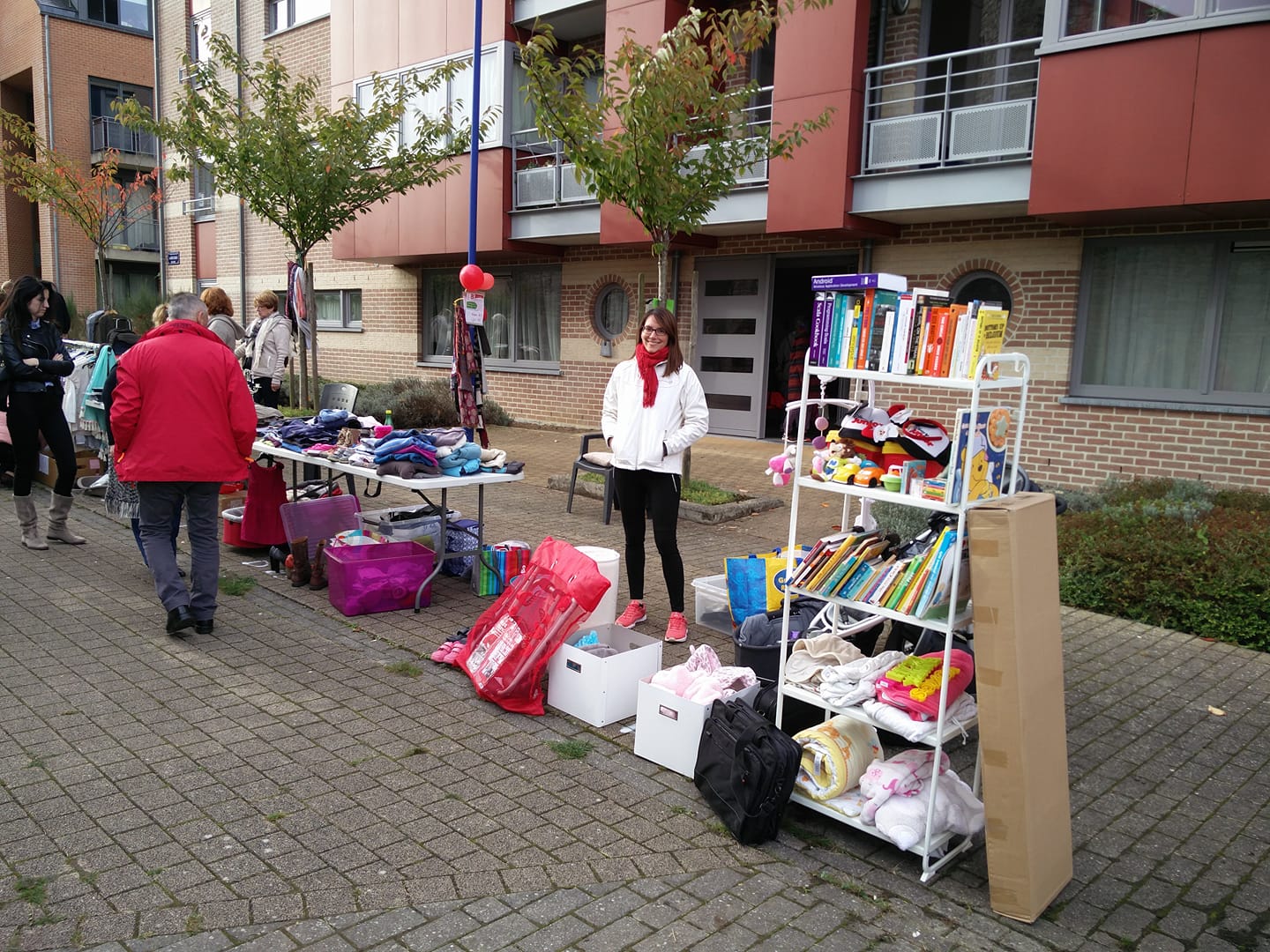 We did well but not great. It turns out not everything was sellable. I never imagined that a sofa, a inflatable bad, a vacuum cleaner, among other things, would attract almost no interest. We had to accept very low offers, give most of them away, and recycle the rest. With the help of neighbors and friends’ cars we could donate things out. A tough job, but very rewarding to see the Red Cross and refugees unexpectedly getting the items they were in need for. It made me so proud to see my daughter and son giving up their toys to those poor kids, who went nuts with the variety of things to play.

Everything else had to be discarded or recycled. Belgium is a very small country and waste is taken very seriously. We had to borrow a friend’s car to discard stuff in the waste management unit. Metal, wood, plastic, electric cables, appliances, rubber, batteries, and broken things, everything had their place. I did four trips with the car completely full.

In the two weeks that preceded the move to Canada, I still did daily trips to donate everything that didn’t fit into our 8 bags and 4 backpacks. I sold books in second hand book stores, left lots of pencils, pens, notebooks, and toys at the school of the kids, and kitchen utensils at the respite center, among other things. This incredible amount of work was a consequence of irresponsible consumption, waste of money with things we easily lost interest over time. Since that time, we adopted a simple life style, very close to minimalism. 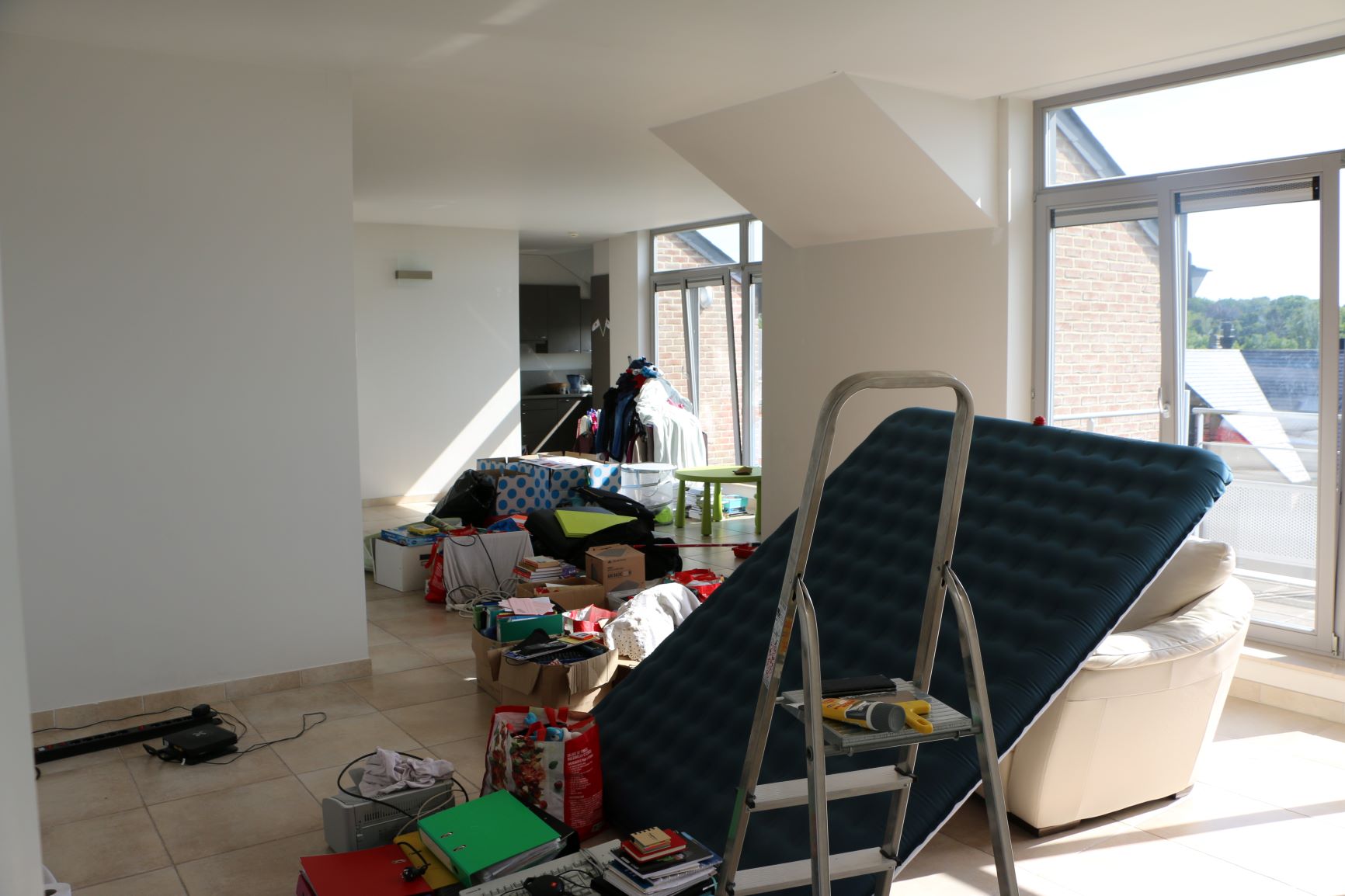 Many things happened at the same time. A tough one was the painting of the apartment. We were renting a penthouse with a nice view of the city. We received it in very good conditions, thus we had to return it in very good conditions too. It would be a simple problem if it wasn’t for the kids, who used the walls as an artistic manifestation. It took me 7 days to finish the painting of two bedrooms, a living room, two restrooms, a kitchen, a entrance and two utility rooms. the roof was fine so it was all about the walls. When it was time for the inspection, the inspector actually said that the apartment was in even better conditions than when we received it. The landlord was so impressed that he invited us for a drink in his own house! 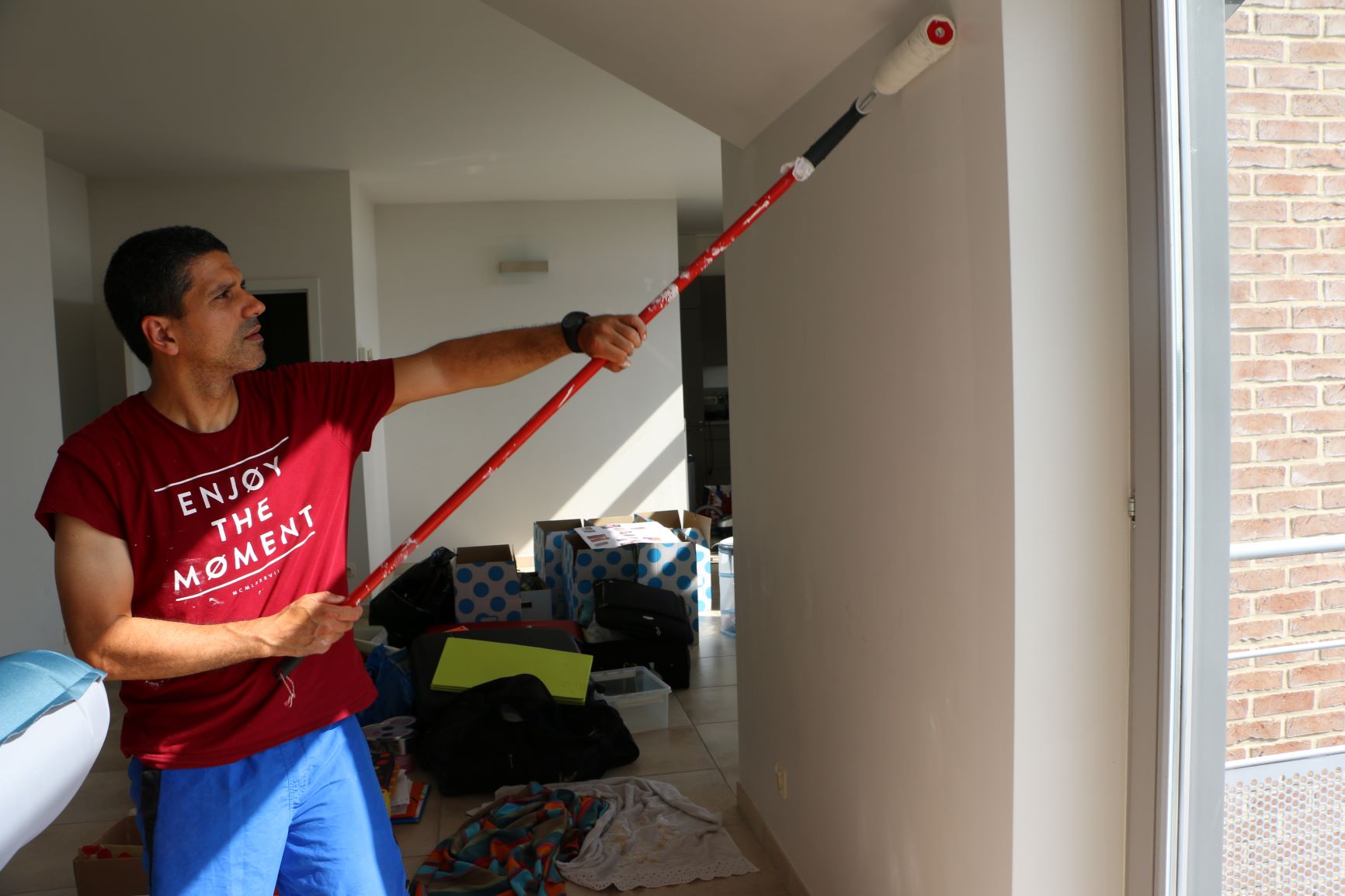 We didn’t immediately travel after returning the apartment. We spent two weeks in an Airbnb, doing the final arrangements. The space was drastically reduced, but the host happened to be the mother of my son’s best friend. So the kids were very happy about the new place. We got a garden with a trampoline and a lot of fun after school!

At that time I was already unemployed, taking care of the kids, and running the remaining tasks while my wife was still working. Our lives reached the simplest level in years. We were financially stable, saving every penny and, most importantly, buying only the absolutely necessary. 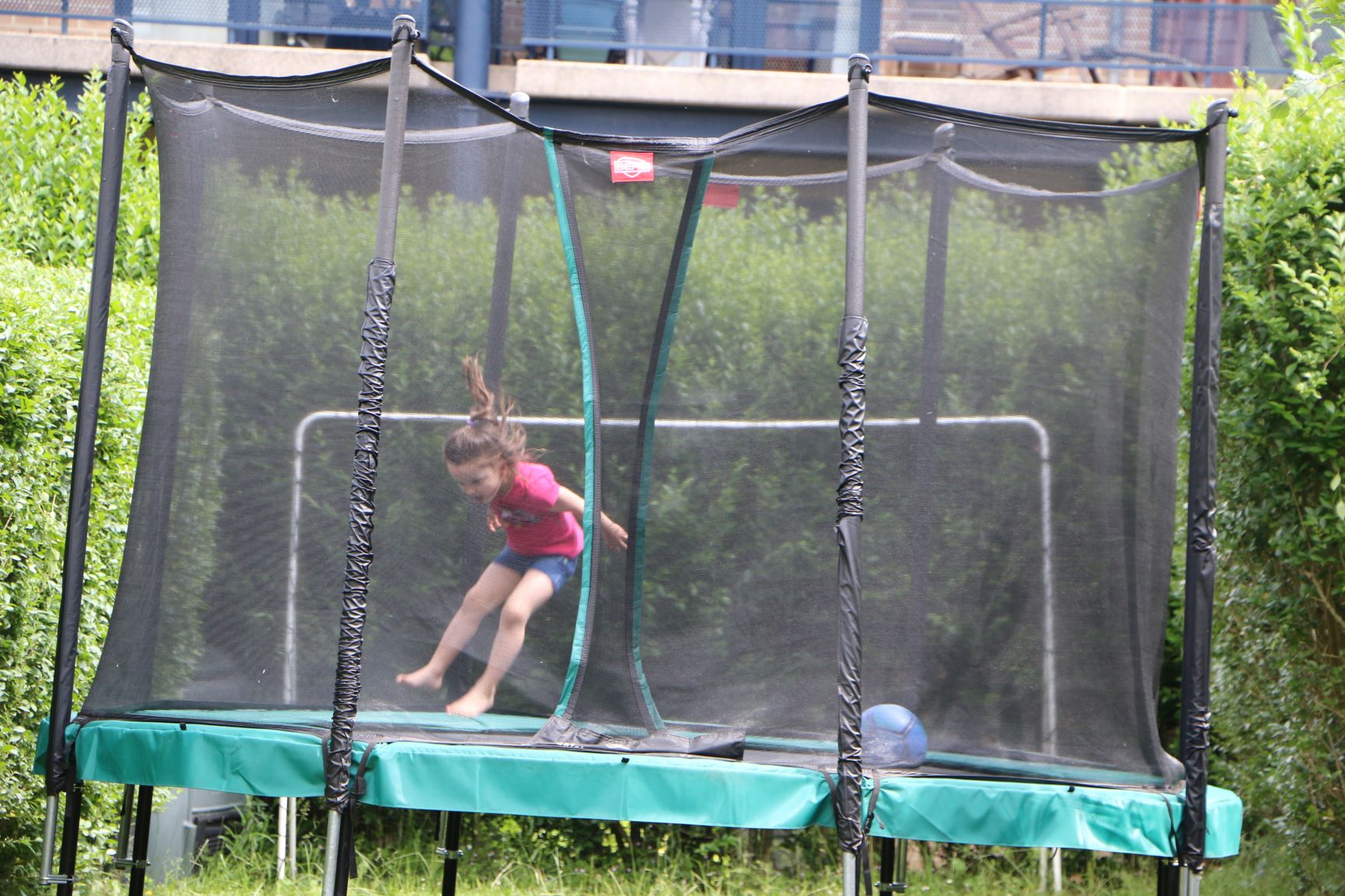 All the bags were ready in the morning of our departure. Once again we counted on the help of friends who came to our rescue with two cars to carry all the bags and the entire family to the airport. We arrived there well in advance, so it was the first time in months that we had absolutely nothing to do. A check-in, a bag drop-off, a security check, a passport control, and a few hours were separating us from a new beginning.

« The Microservices of My Life Settling in Canada »