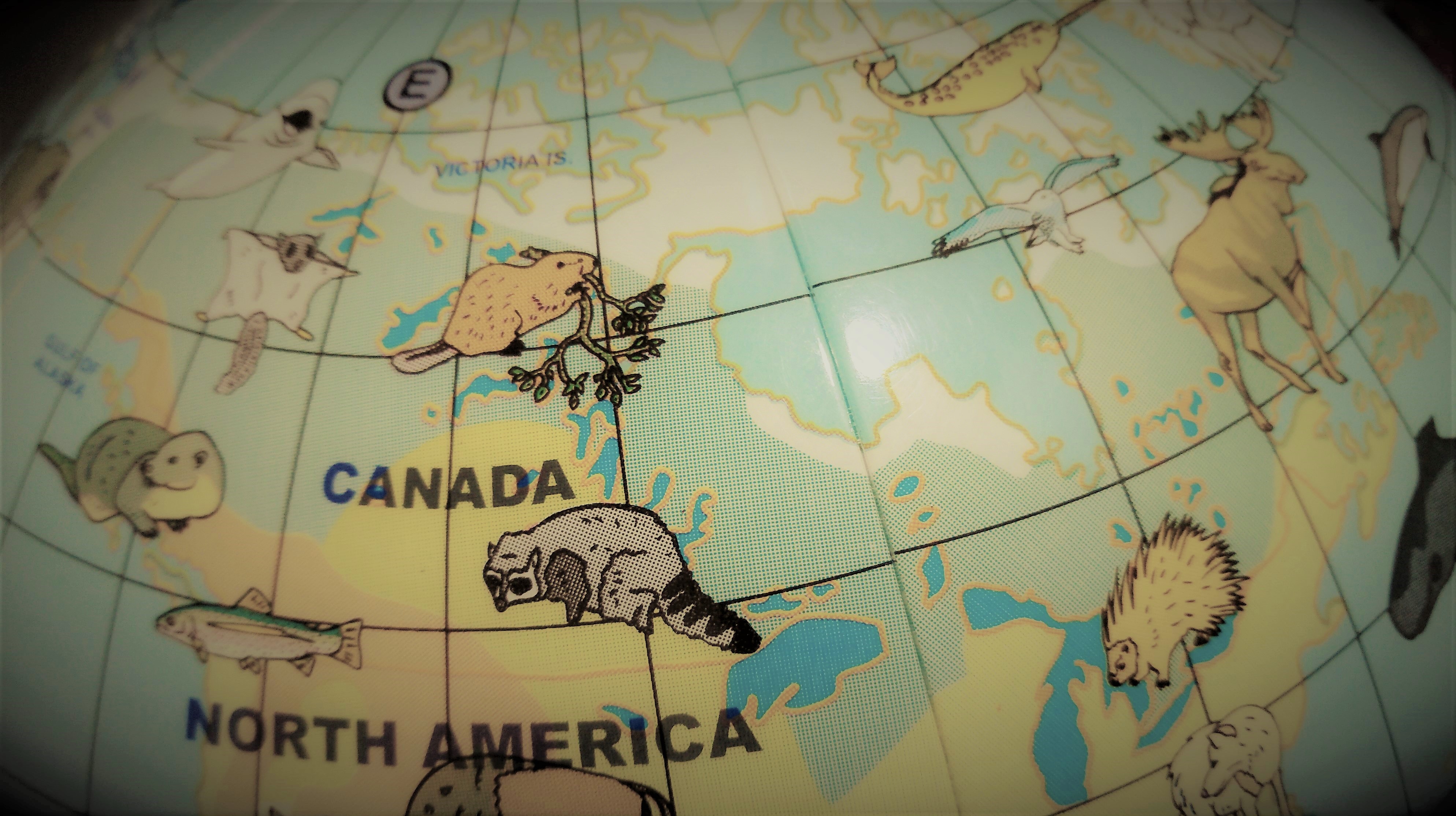 Moving to Canada made people ask questions about our motivation to move. This is easy to answer. We moved because we wanted a better education for our kids, stay closer to some family members, find better working opportunities, and get out of our comfort zone. The decision was made, many risks were taken and now we have been living in Toronto for a month, running a settlement that isn’t any easier than leaving Belgium.

That was a typical case of domino effect. The best deal to travel to Toronto that day involved a connection in Lisbon, Portugal. Connections are tricky because any delay in the first flight impacts the entire trip. That’s exactly what happened. The time was so short in Lisbon that the crew of the flight to Toronto literally thought we couldn’t make it, but we did. They weren’t expecting us in the boarding gate, so they were about to close the gate when many people arrived at the same time claiming their seat in the flight. Because of the short notice, the ground crew didn’t have time to load our bags. So, when we arrived in Toronto, all we had was our outfits, backpacks with electronics, some toiletries, documents, and sweaters. But we didn’t know that until we passed through immigration.

The border officer was very kind. He tried to scare us with some winter storm stories. We faked some fear and thanked him for the attention. Whatever he sketched in our papers led us to a totally different path from the usual baggage claim. We went to a room full of people with immigration issues. A girl was convinced her shouts weren’t bothering the immigration officers, a bunch of Latinos with no English were laughing at their no-way-in situation, a sir refused to believe his expired visa would be a problem to get in. We were just doing the right thing, but the officer was not that gentle this time, probably contaminated by that heavy atmosphere. The next step was customs, where we had to declare the money we were caring and any valuable goods. It was there where we got our first “Welcome to Canada!”.

We arrived very late and very tired at the Airbnb place we rented for a month. It was late at night and to our surprise the house had no doorbell. Already tense, I started knocking loudly at the door. No noise, no movement, when suddenly someone appeared on the street corner. It turns out the entrance was actually on the left side of the house. It was an incredible relief after such a long journey. Luckily for us, our hosts were a gentle Portuguese couple who made sure our stay was irreproachable. We were accommodated in an apartment in the basement of a three story house. The basement was so big that they managed to build 2 comfortable apartments down there. Actually, the Portuguese couple lived in the last floor and the rest of the house was dedicated to Airbnb. We fell asleep in no time. 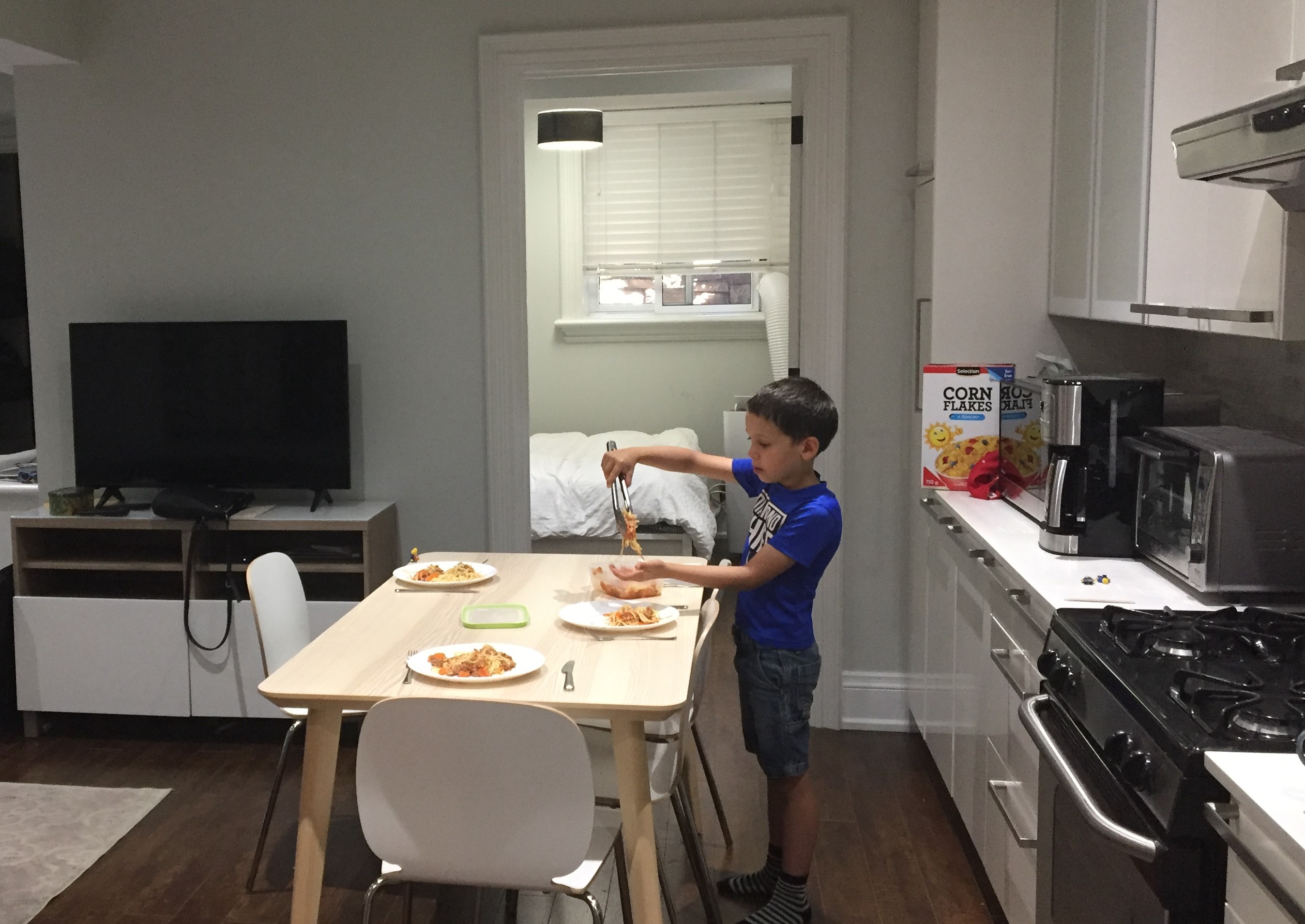 The next day we needed to know when our bags would be delivered. It can’t be done without a phone, so the very first thing we did in Canada was to subscribe to a mobile service in a shopping mall nearby. With the phone we discovered that our bags were expected to be delivered at any time within 48 hours! It meant two things: the only clothes we had were smelling and we couldn’t leave the apartment because they could show up at any time. Arghs! A sunny productive day like Monday and we couldn’t solve anything in our To Do list. It was no use calling them again to find out the status because they hired third-party contractors to do the job and once they were out for delivery we couldn’t be anything but patient. The bags arrived at midnight, barely within the term. We were tired, but relived. 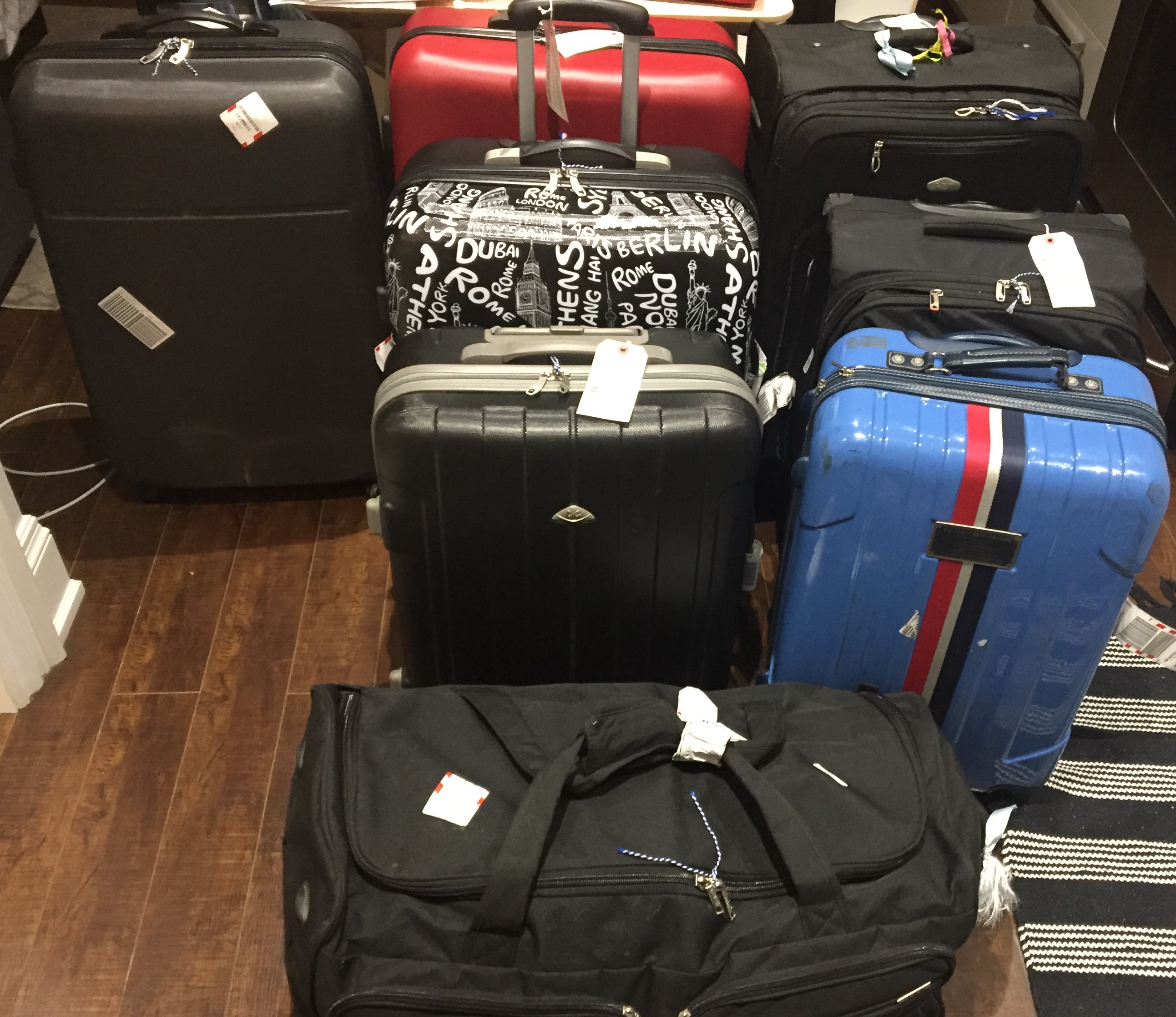 Tuesday! Our first productive day!! Here was the agenda: Go to Service Canada to get our social security numbers, open a bank account, and sign up for a health card at Service Ontario.

Service Canada is the place to go for federal services and the social security number is one of them. It is confidential and unique across the country. In general, public and financial institutions require this number to provide their services, but we are not required to disclose it to any other organizations, even to an employer. The reason for the confidentiality is the facility criminals have to impersonate our identities.

With the social security number we could open a bank account. This is a priority because we normally bring money with us when moving abroad and it needs to be protected. You won’t make a mistake by choosing one of the top 5 banks: TD, BMO, RBC, CIBC, and ScotiaBank. We choose ScotiaBank because of its sponsorship of running events - something we appreciate - but we would make a different choice today after learning more about Tangerine, a bank with very low fees. Another advice I would give is to postpone your choice of credit card. Your bank will certainly push you to choose from their options, but then you will be stuck with them because it builds up your credit score and if you cancel it your credit history will disappear with it, reducing your score. So, spend at least a month studying the best credit card for you according to your shopping habits. Until then, your debit card will be just fine.

Finally, we went to the Service Ontario to request our Health Card, since health is a province level service. Once registered, we have to wait three months to be covered. During this period we were covered by a private health insurance. When the public coverage starts, most medical services will be free of charge whether we have a job or not. As a family, we will have priority on getting a family doctor, having the advantage to always be followed by the same person. Until then, we can only count on walk-in clinics, which work in a first come first serve basis.

With all immediate obligations done, we could dedicate Wednesday to the kids’ school. We actually chose the school before coming to Canada. We checked rankings and recommendations to conclude that the French speaking elementary school Pierre-Elliott Trudeau was the best choice for our kids. In order to sign up for that school we had to book the Airbnb in its area, fulfilling the registration requirement of proximity. 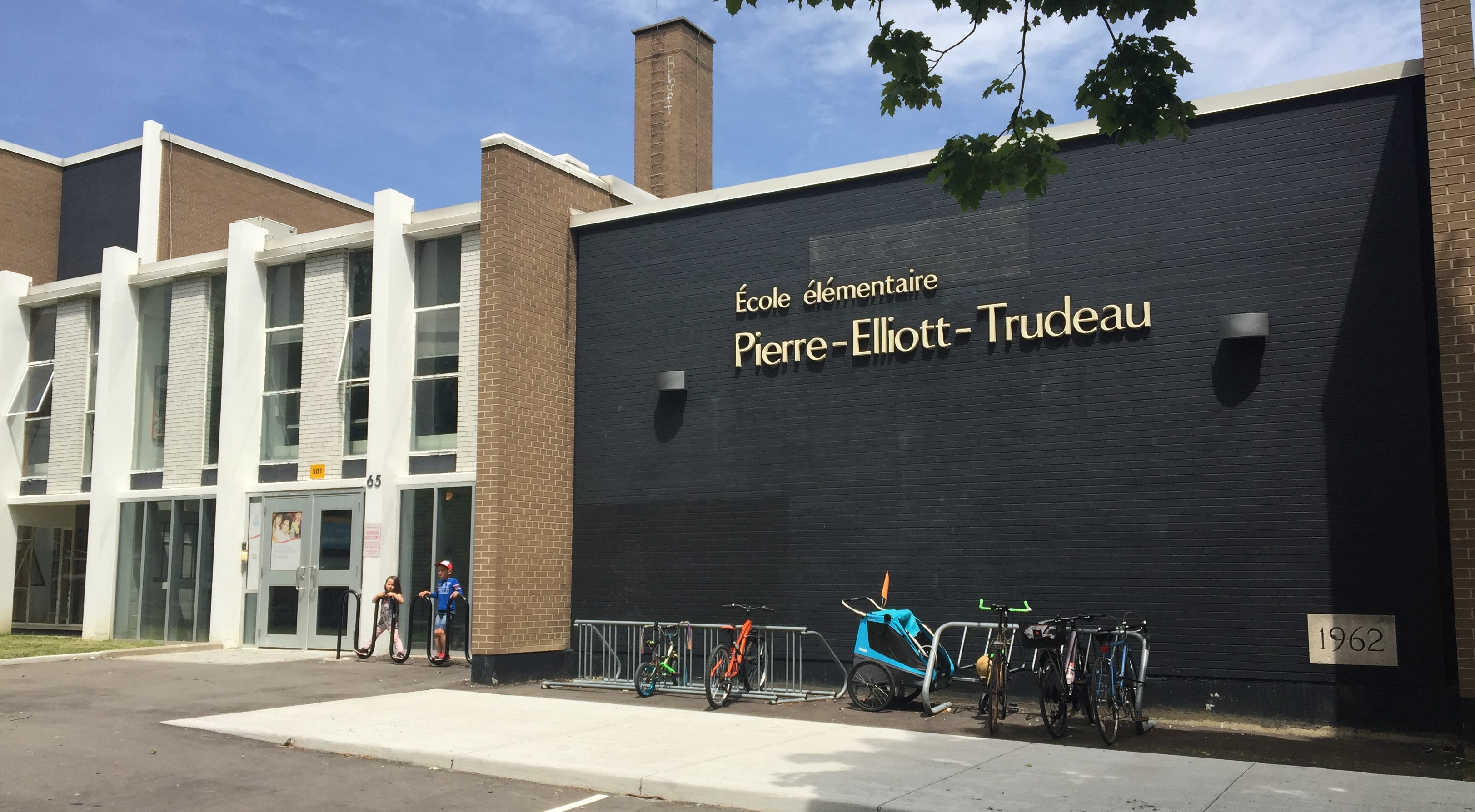 They started school the day after, just 1 week before the end of the school year. For our joy, the kids were so well integrated in the first day that they were eager to return the next day. That was our first contact with the sixth best education in the world, closely tied with Estonia and Taiwan and better than Finland. It was noticeable the improvement from Belgium. Kids are organized in groups and each group does a different activity. By the end of the day all groups do all the activities. The process of solving a problem is more important than the result of the problem. That’s great! A huge difference from Belgium, where they were watching the teacher speak most of the time.

She started her research on realtor.ca, a website with good reputation in Toronto. She delimited the area of the school and was not surprised to discover the neighborhood was one of the most expensive in the city. But that was a sacrifice we had to make to ensure a high quality education for them. With the help of a realtor, we visited more than ten places, carefully choosing the ones we could afford, but it wasn’t working. When landlords compared our applications with other applicants we were the family without income. The pressure on my side to find a job definitely increased.

I started my search back in Belgium when I did a couple of remote interviews. None of them went well because of my lack of experience on tech interviews. So, I decided to pause and get prepared with books, Youtube videos and an online community called Vanhack. Once I arrived in Toronto and changed my location on LinkedIn, I literally got bombarded by recruiters.

I got 8 interviews to different roles, many processes going in parallel with different recruiters representing different companies. I was learning to sell my skills on the go, noting what was working and regretting what wasn’t. Unless you are a very good actor, it is very hard to get it right the first time. So, it is normal to get many Nos before getting a Yes. And I got my Yes the day we were applying to our favorite place so far. We attached my job offer to the dossier and submitted. The landlord was not comfortable because I hadn’t gone through my three months probation period yet. Here comes a good dose of luck: the other 2 applicants dropped their offers and we were the only ones. The landlord asked for an increase and we said no, of course. Suddenly, he decided to accept our offer. At the meeting to receive the keys, we learned the landlord travelled and his girlfriend was in charge. She treated us so well that we believe she influenced him to choose us after reading our motivation letter. The most important was that we got our little place in just 15 days and I got a job in 14 days. That night, we went to a restaurant for the first time in Canada. 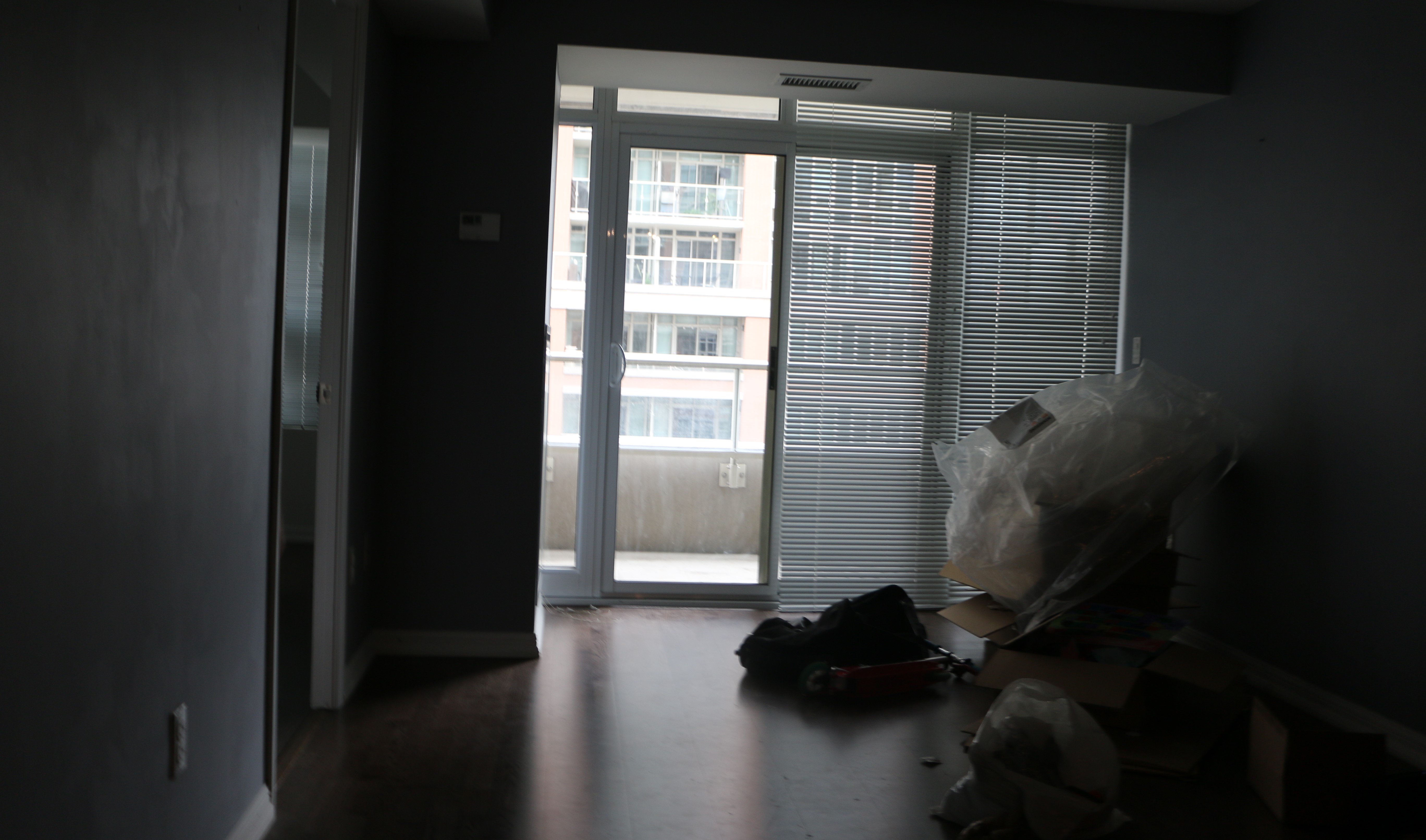 If you are migrating to Canada with you family, feel free to ask for more details or any other questions you may have.