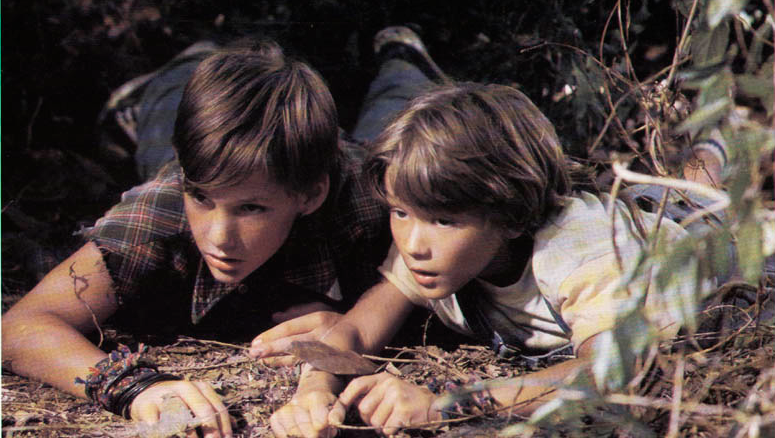 Mark was eleven and has been smoking since nine. He mostly relied on the two packs his mother was smoking a day to steal some for himself. One day, he went to a ride with his little brother in the woods around the neighbourhood. While he was teaching his brother to smoke, a car parked in the middle of the trees. Hidden, they saw a man getting out of the car, attaching a hose in the escaping pipe, putting the other end through the window, and turning the car on to get himself dead of gas poisoning. Mark was determined to prevent that suicidal attempt, so he crawled to the car, removed the hose and run back to his hiding place. The man felt it was taking too long to die, so he went back there just to notice the hose out. He fixed the hose and got locked again. The boy and the man kept doing this until the man noticed the boy, captured him and got both locked into the car, saying: “We will die together”.

It could be a true story if it wasn’t the intriguing plot of the novel “The Client” by John Grisham. He certainly based his fiction on real facts though, since thousands of lives are interrupted every year because of gas poisoning. One of the most lethal gases out there is the carbon monoxide, which is usually confused with the carbon dioxide, a quite popular gas these days because of the believe that it is the main cause of climate changes.

I’m currently working with IoT technologies and I’m pushed to understand not only the technical stack, but also the environments and use cases where sensors can be applied. In this article I’m sharing with you what I have learn about these gases, which are common targets for sensing devices.

Carbon dioxide (CO2) is the result of a reaction in which a hydrocarbon (an organic compound consisting entirely of hydrogen and carbon) reacts with oxygen to produce CO2 and water. It commonly happens with fuel combustion. Unfortunately, we cannot see or feel this gas because it’s colourless and odourless but we can be sure of its presence when we watch a candle burn or we exhale after inhale. CO2 is essential for the life on earth because of its role in natural cycles, but many scientists believe that its surplus may lead to global warming.

Carbon monoxide (CO) is the result of a reaction in which a hydrocarbon also reacts with oxygen but in an environment with a limited supply of air, resulting in less oxygen in the molecule. Because of the abundance of oxygen in the air, CO does not occur naturally in the atmosphere. It is commonly originated from industrialized equipments, including those operating in our homes and offices. Fuel-burning appliances such as furnaces, stoves, dryers, water heaters, fireplaces, and cars are well known emitters of this colourless and odourless gas that can only be detected with special sensors.

Both gases are dangerous for human beings but the lethal concentration varies. CO2 poisoning is rare because it requires a high concentration of it in a confined space, leading to symptoms like headaches and dizziness before the feeling of suffocation, which triggers the search for fresh air. On the other hand, CO is far more dangerous. It attaches to blood cells and prevents the distribution of oxygen throughout the body, causing a silent and painless lethal intoxication.

The best way to prevent gas intoxication is to ensure air circulation in the area. It can be done by simply opening the window, the door, or turning on the exhaust fan. But when it is not convenient to do, due to extreme weather conditions outside or the design of the building or the presence of a high emitter of those gases in the room, then it is crucial to consider installing a sensor. In countries with cold weather, where people remain in doors for longer periods of time, CO sensors are widely available in the market. It can be found in supermarkets, pharmacies, and big surfaces, such as COSTCO, where I took the following picture.

Each gas requires its own sensor, but a single device can embed multiple sensors. They are normally small and discreetly hidden in a location. Electronics is so popular nowadays that Geeks can buy individual components and build their own sensing devices. 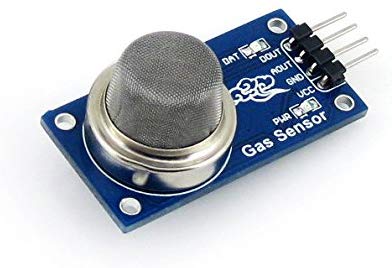 What really matters in these sensors is how fast they can detect the gas and emit a signal to alert people in the surroundings, in time to save lives.