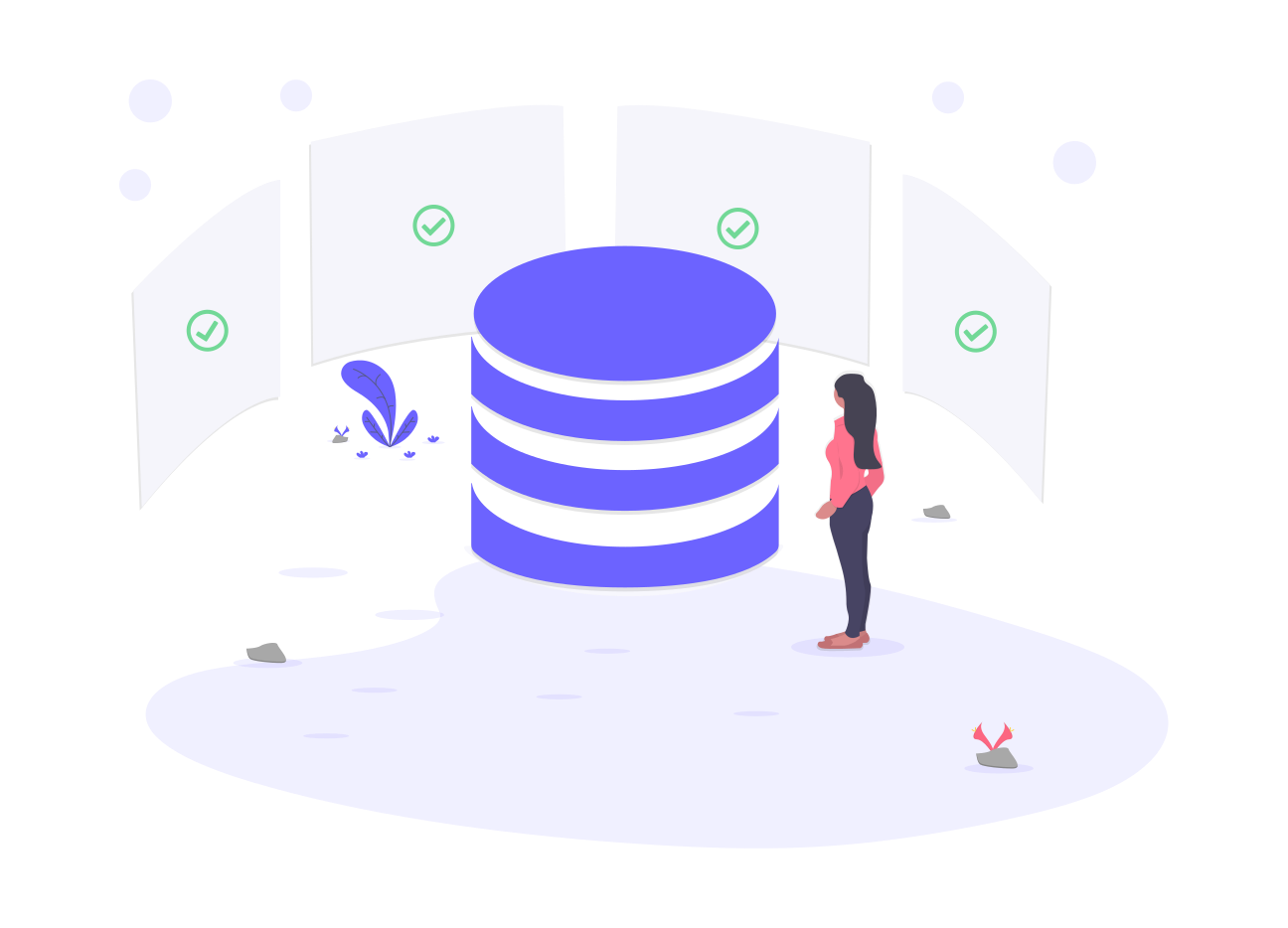 Imagine you have an application that needs to be extremelly precise about the address of the people it manages. It has low tolerance for mistakes like typos, mispelings, and even imaginary locations. To ensure precision, you have a complete list of all countries, states, provinces, cities and postal codes to assist users on filling-in correct addresses.That’s a lot of data from an external data provider that periodically releases new versions of the dataset. The question is: how to update the data without any downtime?

This is an application scenario where some tables of the database have a considerable volume of data that come from external sources and would be hard to update without a sofisticated logic to calculate the delta. There are many solutions for this problem. The one we are going to discuss now is the creation and load of a new version of the table that will contain the updated data. While the process is running the application is serving data from the current version and automatically switches to the new table when the process finishes.

To implement this tactic, we need the help of a database migration tool such as Liquibase. It is capable of running database scripts during the deployment of the application. It helps to keep application and database changes tied together so the database can be improved without breaking the application. That’s what we need to create the table, load the data, create indexes and clean up old data. This article assumes that you have some experience with Liquibase, so we are not going through its installation and configuration.

Liquibase generates the table DATABASECHANGELOG to keep track of migrations the first time it runs. In this table, we are interested in the column ORDEREXECUTED that contains the sequence in which the migrations files were executed. We use this sequence to reference the versions of the tables. The first execution would generate and populate tables like:

The number 1 is the maximum value in the column ORDEREXECUTED. The second execution would generate and populate another version:

The application needs to implement a logic to swift from v1 to v2 when the process of creating v2 is finished. This query gets the most recent order:

Taking the result of this query and concatenating it with the table name we get the newest version of the table:

With this new table name we can then query it:

The migration file must be composed of 4 parts:

This approach has a limitation. It only works if the migration files are exclusively used to version the tables. If intermediary migrations are executed then it will require extra attention to the column ORDEREXECUTED since the versioning sequence will experience some hiccups. This extra attention is a major cause of human error. To solve this limitation we can create an extra table to manage the versions:

In this case migration scripts would have a fifth step:

And the query to get the version changes too:

A third option, simpler than the versioning table, would be a configuration entry or an environment variable set with the version number. A configuration entry would take effect right after the deployment, which is required when working with multiple instances.Changing an environment variable may not be in sync with the app deployment, which may require more careful deployment procedures.

To prevent downtime the application would need at least 2 live instances. While the first one is upgrading, therefore creating and seeding the new version of the table, the other ones are still serving data from the current version. The first one is the first to serve data from the new version and the next ones will follow as they get upgraded too.

Another possibility is to use Liquibase for table versioning and Flyway for other migration needs, but I didn’t have time to test this posibility yet. Did you?

« Go: Ugly and Boring for the Good of Software Go as a Business Language »