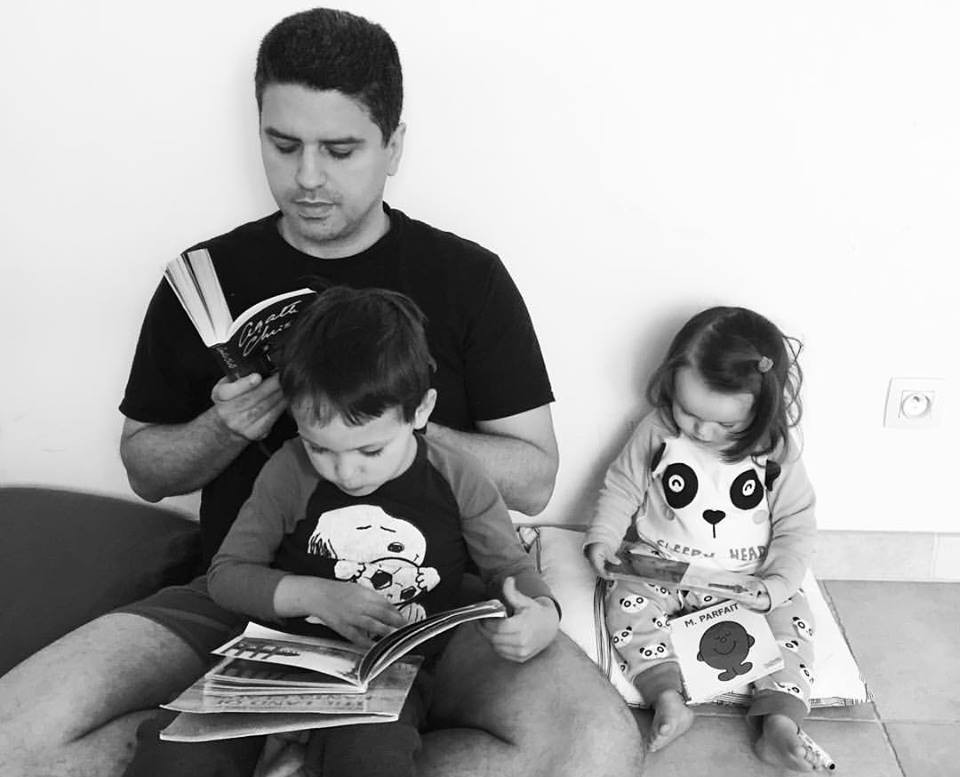 Books are among my greatest passions. I buy more books than I can possibly read. I read books in a daily basis, but I know I will never catch up because I can't help buying more and more. Here I share with you my reading experience. Come back whenever you need a reading recommendation.

I guess it doesn’t matter how worse things can get, people always get used to them. It happened when Germany intensively bombarded London, it happened when the US bombarded Japan, and it is happening again during the COVID-19 pandemic. How could anyone imagine that a lot of people would refuse to be vaccinated against a deadly virus? Unbelievable!

This book rescues our ability to see ethics and morality through the shadows of pragmatism. Sometimes, the most appropriate, humanized, and proven solution takes time (vaccine) while many people, in the urge to rapidly solve a problem, advocate for a short term solution (herd immunity) at the cost of many lives. Today, we know that herd immunity doesn’t work because the virus mutates, sometimes to a more contagious and lethal variant.

No, the book doesn’t talk about the pandemic. Not a single word. But we can extract the human nature in times of war and apply to many other situations. Like the excited programmer who coded a new feature in a hurry to release it fast, just to realize later it went out full of bugs and security flaws. If they only had spent sometime designing the solution before coding it, many issues could have been prevented.

When I got the role of team lead, the first thing I said to my new team was: “Our relationship starts today with full trust in each other. I believe you 100% from day one. “ It sounds precipitate, but I was just being vocal about how we all feel when we meet strangers. That’s what this book taught me right away: When most of us meet strangers, whatever they say we “default to truth”.

If there is a book in the entire world that every single person must read is “Talking to Strangers”. It opened up my eyes for so many things! Do you know those people who analyze body language and micro facial expressions, claiming to know how the subject is feeling or thinking, if they are lying or telling the truth? It turns out they have a very high probability of getting things very wrong. Some of these people even have certifications based on existing protocols. Well, it seems to be just another money catching technique that I’m now immune from.

After reading this book, you will never jump to conclusions anymore.

It is a responsibility of every newcomer to learn about the history of their new place. It is only by knowing the local history that we understand why a street was named like that, why a building was built at that location, what inspired a restaurant to adopt such an unusual name, and why some people adopt a different dressing code.

Life becomes tedious when we poorly understand the meaning of the things around us. That’s why I took some time in my porch during this summer to learn a bit about my new place - Waterloo Region, in Ontario, Canada. I picked a marginal history book, written by Joanna Rickert-Hall, that tells barely known stories of people that lived in the region more than a century ago. This book gives a summary of the origins of Waterloo, but concentrates on peculiar stories that illuminate the local culture and costumes.

All the stories are fascinating. However, I felt like reading a research paper, not a book for the general public. It gives the impression that the work came out of an essay to complete a master degree. Despite that, I couldn’t leave it aside.